Azpilicueta believes Abraham is capable of becoming the top scorer in the Premier League and bag the Golden boot in his first full season in the English top tier.

The youngster was on target on Wednesday night as Chelsea beat Aston Villa 2-1 having recovered from injury. The goal saw Abraham add his tally to 11 in 14 games in the league, and is behind Leicester’s Jamie Vardy. 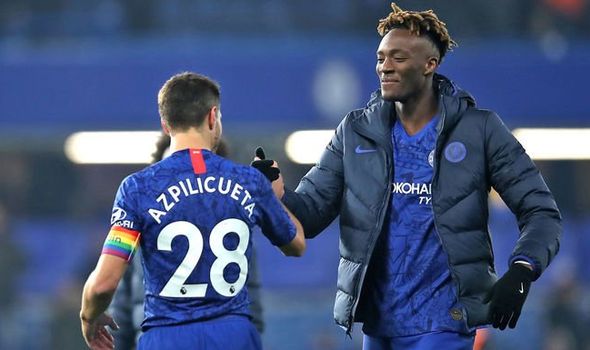 “He has the potential to go even higher. We know we are still in December with a lot of games but with his passion and hunger, he is capable of getting to the top, for sure,” he said.

“I am confident that he can get many more goals because of the way he is working and improving since he started pre-season. Not only is he scoring goals.

“He is playing for the team, recovering the ball and he made a tackle in our own half – that was an amazing effort for him.

“He made an assist as well [against Villa]. I am not just looking into his goals as a number because he is doing more than that. His desire is amazing. When he was injured, he wanted to come back as soon as possible.”

Abraham scored 26 goals for Villa on loan in the Championship last season, and grabbed the same number for Bristol City on loan there in 2016-17. Many said that was the tall, lean young striker’s level. But he is emphatically proving the doubters wrong.