Brazil winger Malcom is eyeing for a return to Barcelona from Zenit St Petersburg at the end of the current season.

The 22-year-old joined the Russian side in the summer for a reported £36m. But it got off to a shocking start with him being targeted for racial abuse by the Zenit fans.

Since moving to Russia, Malcolm told RMC Sport that he has had contact about a potential return to the Catalan-based club.

It isn’t the first time Russia has had problems with racism. In 2018 Russia were fined £22,000 for racist chants in their friendly with France. 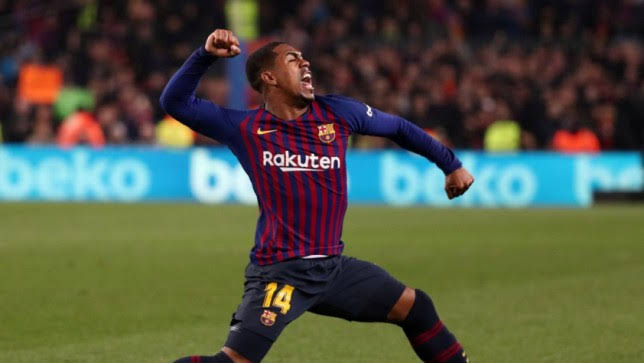 Malcom said, “I have received messages about returning to Barcelona. Whenever I was given a chance to play (at Barcelona) I think I did well. For that reason, I believe the Barcelona fans still love me.”

The Brazilian made 24 appearances for the Catalonia side, racking up 4 goals in the process, including goals against Inter and Real Madrid.

“My season at Barca? No, I don’t regret it. I am young, I want to play, anywhere, because I like football. So I want to play and it was Zenit that gave me the opportunity to play football.

He has only managed to make two appearances for the Russian side this season. He has been out with an injury since the very beginning of the campaign.