Liverpool have been dealt a dual injury blow after news emerged that ankle injuries have ruled out two of their vital cogs ahead of Saturday’s encounter with Crystal Palace.

Mohamed Salah and Andy Robertson missed international duty for Scotland and Egypt after suffering ankle injuries in the 3-1 win over Manchester City.

According to Sky Sports News, the pair are now expected to miss the Reds’ return to Premier League action when they visit Selhurst Park.

Salah initially picked up his injury in the 2-1 win over Leicester City last month following a strong challenge from Hamza Choudhury.

The damage forced him to miss their clash at Manchester United before a tackle from Fernandinho saw him aggravate the injury against Manchester City in their last game. 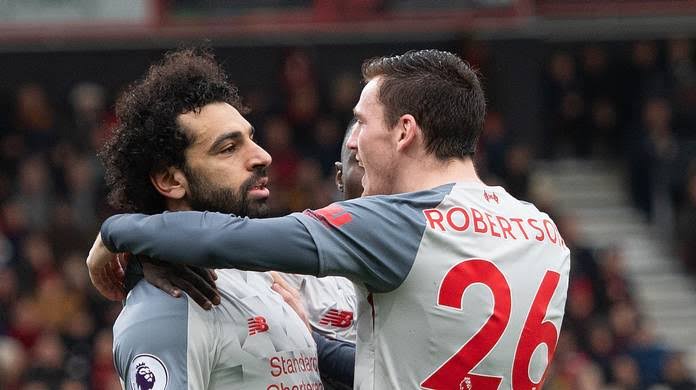 The Egypt international has struggled to replicate the form of his first two seasons, but has still contributed in front of goal with nine goals and five assists respectively.

A swollen ankle forced Robertson out of the Cyprus and Kazakhstan games, as he revealed his frustrations, “I don’t care what game it is, I want to play it and my track record in the last five years has shown that.

“But I don’t want to pick up more injuries and ruin my season because of it. I’ve had to listen to the people around me when previously I would have told them to beat it.

“The fact my ankle has swollen up again has made it easier to miss these games. For the last two and a half weeks, I’ve not trained at all for Liverpool.

“I’ve trained the day before a game, missed a Champions League game other than the last 15 minutes against Genk and missed Arsenal in the League Cup.”

Joel Matip is also a doubt for the Reds, as the centre-half is “likely to miss the game” as he continues his recovery from a knee injury.